You can also view local pollen levels and other information for the below Cities.

The pollen forecast for your area

The weather forecast for your area

Stay one step ahead of pollen with personalized alerts!

Type your zip code above to see today’s pollen count in New York City! Our Pollen Pal tool will show you when pollen levels are at their worst, so you can avoid allergies.

Check out the pollen forecast in New York City for the next few days. We’re all about days when the pollen count is so low, it’s easy to say yes to walking through Central Park or playing chess at Washington Square Park. When pollen counts are higher than the High Line, pack Kleenex On-the-Go, so you can stay prepared for allergies, wherever you are. 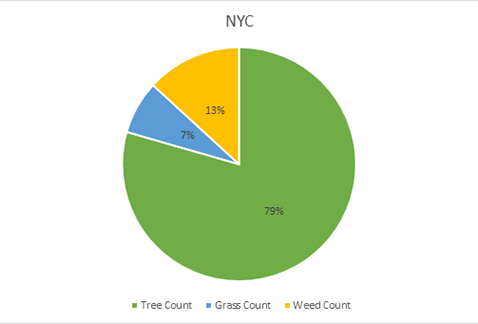 From January through May, tree pollen raises pollen counts to some of their highest levels. After that, pollen levels remain fairly low from June through the rest of the year and even from August through October, when pollen from weeds causes a slight uptick in pollen counts. (So hopefully you can do some ice skating at Winter Village, sniffle-free.) When pollen counts are higher than the Empire State Building, you might want to steer clear of parks and grassy areas if you want to keep seasonal allergies at bay. Thankfully, the Big Apple has a ton of activities that help you avoid pollen, so you can rest easy knowing that you can get the most out of the City that Never Sleeps—even during allergy season. 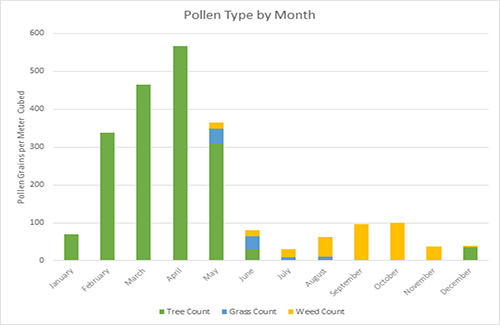 New York is one of the food capitals of the USA, and with good reason. Anywhere you go, you can find something delicious, like a bagel, a dollar-slice pizza, falafel or even a bacon, egg, and cheese sandwich at a nearby bodega, plus far, far more. You can pretty much find any cuisine of the world here. Indoor dining also means you get a break from the pollen while you’re discovering new favorite restaurants to share with the people you love.

It goes without saying that the NYC music scene has some of the most talented and respected musicians in the nation. It also has some indoor venues that can help you avoid pollen during allergy season.

In addition to having truly outstanding food and live music, NYC also has some extremely talented baseball, basketball, and football teams. Take a seat away from the pollen by kicking back and watching some fun sports action!

** Kimberly-Clark and the Kleenex® Brand have no association, nor affiliation with the entities described in this newsletter. All “hot spots” are provided for informational purposes only.** 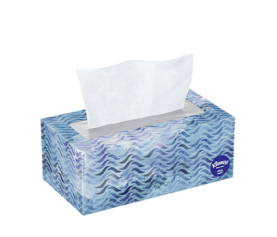 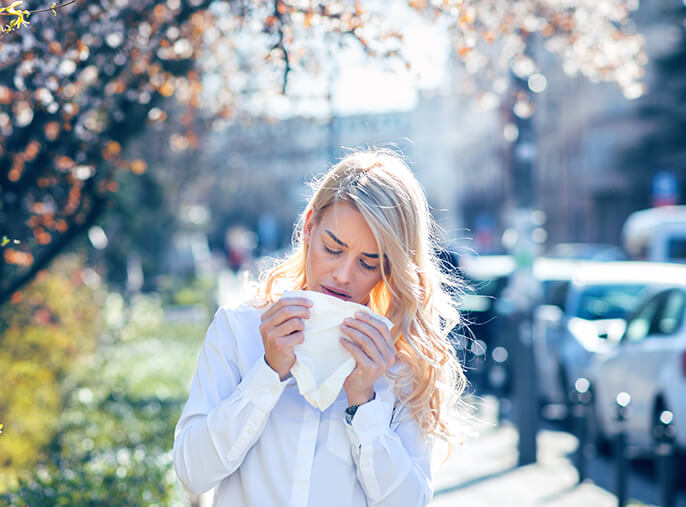 Read our tree pollen guide to learn everything you need to know about pollen types, related symptoms, relief and more.

Seasonal allergy symptoms vary from sneezes and coughs to headaches, becoming more severe when the pollen count is high. Spot the signs and symptoms of seasonal allergies.

Learn how to balance your hay fever symptoms and hygiene with Kleenex® Brand's hay fever tips.